Goal 18 for the United Nations: Esperanto, the Common Language of the Human Species

Goal 18 for the United Nations: Esperanto, the Common Language of the Human Species

Giorgio Pagano*
La Voce di New York | 20 Jul 2015
The UN post-2015 goals for sustainable development does not include a common language for all, as the League of Nations tried in vain in 1922.  Does the UN want the Anglophone Empire of Minds? What do the BRICS nations think? And Pope Francis? We must use Esperanto against the “Empire of the Mind” so as to avoid seeing marginalized world languages on an English mortuary table.

It may sound unbelievable, but a common language for all is not included in the United Nation’s post-2015 sustainable development goals.

Yet, the League of Nations, ancestor of the UN, included a common language for all among its first and most important goals in order to ensure world of peace, brotherhood, and well-being for humanity.

The majority of member states were in favor of the adoption of the International Language (Esperanto) as a working language, but the veto of France (French was the language of diplomacy then) prevented the realization of the project.  However, in 1922, the League of Nations unanimously approved the report on Esperanto as the “International Auxiliary Language” during its third General Assembly. It also received the staunch support of Lord Robert Cecil who was awarded the Nobel Peace Prize in 1937.

If back in 1922, 35 years after its birth and transnational affirmation, the International Language of Esperanto was considered ready to be adopted as the “International Auxiliary Language,” today it is more than ever: the language has 93 more years of linguistic experimentation worldwide. In 1993, it was recognized by the International PEN Club as the 114th language of literature in the world. From 1994 to 2012 it was one of the 60 languages in which the Pope gave his blessing “Urbi et Orbi” to Catholics around the world twice a year. It was the 64th language Google starting translating. It is the language of Nobel Laureates in Economics like the German Reinhard Selten. Umberto Eco has called it “a masterpiece language.” It is the language of a transnational community present in over 120 countries around the world. It takes such little time to learn that almost everyone can teach themselves (see www.lernu.net in 41 languages). You do not have to pay for a native teacher, or for study trips, or spend money that only goes to the already privileged nations; each nation of the world is a home of Esperanto.

Strangely enough, since June 26, 1945, the United Nations has seen the issue of the “common language for all” as well as the preservation of the world’s cultural-linguistic ecosystem as taboo. Perhaps the UN wants to achieve an empire of Anglophone minds, a plan which Winston Churchill spoke of implementing with the United States in 1943? 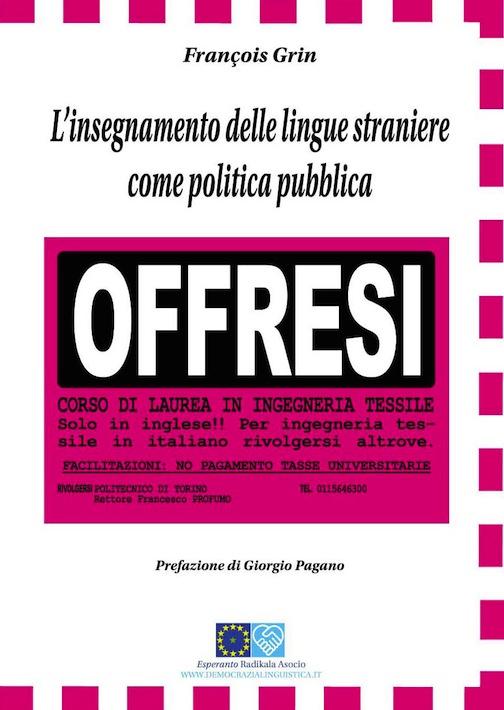 At Harvard University on September 6, 1943, Churchill made it clear that the old colonialism was dead (Britain, due to the work of Gandhi, was losing India, its largest colony) and that new colonization would be by the hands of the “empires of the mind,” because, as Churchill explained, “The power to control language offers far better prizes than taking away people’s provinces or lands or grinding them down in exploitation.”

In Italy and beyond, the forces of the Empire of the Mind have done a good job. In 2011, Umberto Eco explained that the “dialect is a language that lacks the university, namely the practice of research and the scientific and philosophical discussion that is enriched every day with new terms and new concepts.” In 2014, less than three years later, the Italian language found itself deprived of one of the most important university, the Politecnico di Milano, where students and administrators agreed to torch all Italian books ranging from the undergraduate to doctorate level, to the benefit of the English-language scientific publishing industry. Simultaneously, they began hiring English native speakers teachers instead of Italian. You can only imagine what will become of Italian in 2030, almost 20 years since Eco’s remarks!

Already, in March 2015, Stefania Giannini, the Education Minister, included a provision in the “Buona Scuola” (Good School) bill in Section 2 which referred to CLIL, or Content Language Integrated Learning. The provision was written in English so that Italian speakers would not understand what it was. Section 2 prefigured the full implementation of mandatory teaching of any subject in English, from elementary to high school, with the exception of Italian language and literature. Paragraph 14 of the same section calls for primary schools to hire native English teachers or provide appropriate services. 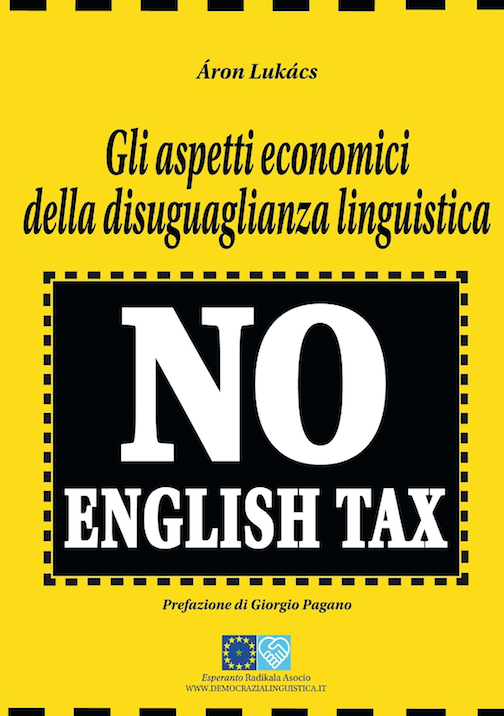 That measure, which fortunately was partially amended in the House, concerned not only 40 thousand students from the Milan area, but more than 3 million students and Italian families in total. Even if each class used only one book, at an average price of 20 euros, it would end up giving 60 million euros a year to English publishers instead of Italian. There are over 80 subjects taught in Italian schools between elementary and high school, but any subject could be taught in English albeit Italian language and literature. With that in consideration, 70 subjects would result in a loss of 4.2 billion euros, and that’s without taking into consideration the cost of hiring English native speakers or a company’s service.

Add that to the 60 billion euros per year that prominent economists (Lukacs) estimated in 2006 to be the cost of Englishization in Italy. While Italy spends the money, Great Britain, which does not seriously teach foreign languages (as is the case with all English-speaking nations), will save around 18 billion euros (Grin). Meanwhile, Grin indicates that all European countries, including Britain, would save 25 billion euros by using Esperanto.

Therefore, unless there will be a “Goal 18” to save humanity from a world dominated by The Empire of the Mind, the United Nations could have one of the worst new crimes against humanity on its hands as soon as 2030; the commodification and enslavement of minds rather than bodies; linguicide for thousands of people; the global nationalization of English.

Could ensuring there are no more languages and cultures from competing peoples be a means to achieve peace?

Who knows? Certainly Italian, along with many other languages and people of the world, will be ready for an English or American mortuary table.

Certainly not. The Italian government should get to work immediately and focus on the exceptional goal, which is comparable to no other. Despite the advanced stage of negotiations in identifying the 17 goals, they should ensure that an 18th item establishing a common human language by 2030 will be added to the list.

Considering that it would be necessary to bring such an initiative to the European External Action Service (EEAS), led by Italy’s Federica Mogherini, it would also be an opportunity to present a solution to Italy’s linguistic discrimination by the Anglo-French-German oligopoly.

Suffice to say, the European unitary patent system, which Italy is a part of, will have three courts located in Great Britain, France and Germany. What will happen when a French or German court orders the seizure of company assets or freezes the bank accounts of Italian entrepreneurs?

What will happen when a faraway judge who does not speak our language, and vice versa, places an EU-wide ban on the trade of products manufactured by our companies based in Brescia rather than in Vicenza or Modena, Rome, Ancona, Lecce and Palermo… with a complicated measure written in a foreign language?

What will happen when that Italian entrepreneur, who is trying to stand up for himself against accusations that might come from a European competitor, in a language that is not his language but the language of the court and his competitor, will have to commit large amounts of both time and money to demand justice in a pilgrimage that will take him from Monaco to London or Paris?

John Stuart Mill wrote that the unity of public opinion, necessary for the functioning of representative government, cannot occur among people who lack a sense of community, especially if they speak different languages. So can Europe afford to keep existing without a Federal language?

Can humanity afford the inevitable linguicide deluge resulting from the absence of a common language for all? Can the countries of Hope from the League of Nations betray the good things they did then?

Could the five countries of emerging economies: Brazil, Russia, India, China and South Africa (BRICS), who are very well established at the United Nations and share the goal of promoting a positive agenda and unity in international relations, promote the right to the common language of the human species at the United Nations?

Why is a great democracy, such as the United States, not fighting for international linguistic democracy and justice?

UN Secretary-General Ban Ki-moon can link his name to a United Nations Agenda that by 2030 will, directly and indirectly, ensure that the richer English-speaking peoples become richer, widen their markets beyond measure, and dredge human and economic resources from less fortunate countries, while dissolving, directly or indirectly, their languages?

Is the world we want an English-only one? Having read the Draft Zero of the outcome document for the UN summit to adopt the Post-2015 Development Agenda, as well as the Encyclical Laudato Si’ on “The Care of Our Common Home,” the feeling I have is that Pope Francis will have much to say about sustainable development when he speaks to the United Nations General Assembly on September 25. The very next day the General Assembly will approve the Millennium Development Goals post-2015.

I just want to point out one fact: in the aforementioned document of the United Nations, the word “ecology” is virtually non-existent. In the encyclical Laudato Si’, it occurs 86 times and an entire section deals with cultural ecology.

1. The United Kingdom nets at least 10 billion Euros per year from the current supremacy of English. Taking into account the multiplying effect of certain components of this figure, the performance of the funds that the English-speaking countries can invest elsewhere, thanks to the privileged position of their language, the total amounts to something between 17 and 18 billion euros a year. This sum would be higher if the hegemony of English was enhanced by a priority given to other states, as has happened in Italy since 2001. This result does not take into account the different “symbolic” effects of the advantage enjoyed by English speakers in any situation of conflict or negotiation that takes place in their own language. However, these symbolic effects undoubtedly have considerable material and financial consequences.

2. The “multilingual” scenario does not reduce costs but addresses inequalities between peoples. However, it risks instability. In order to be implemented, it would require a set of accompanying measures.

3. The “Esperanto” scenario appears to be the most advantageous since it would result in a net savings for France of nearly 5.4 billion euros a year and a net saving for all of Europe, including the UK and Ireland, of about 25 billion euros per year. 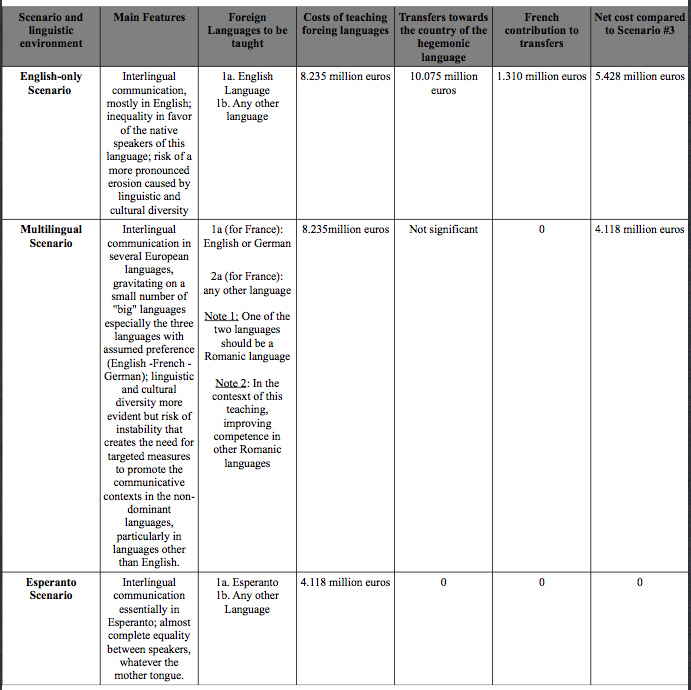 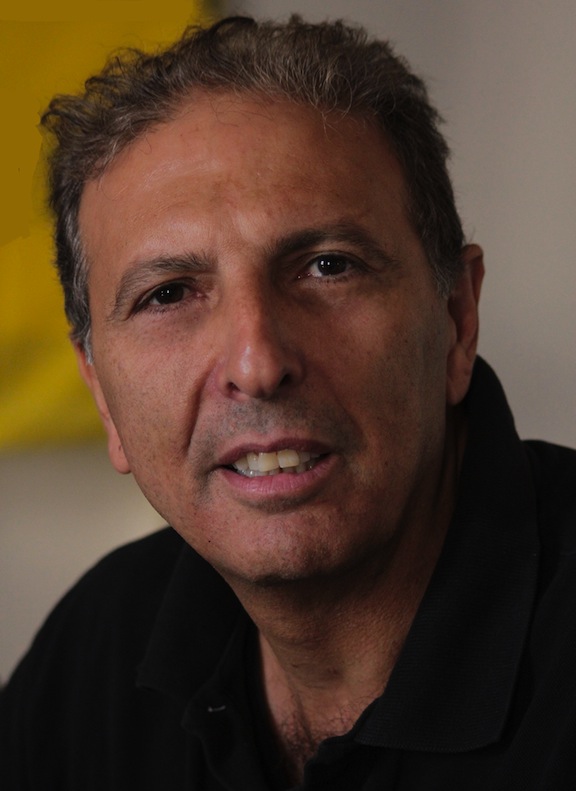 *Giorgio Pagano is an Italian artist, theorist of Art, a sculptor and an architect. He curated and wrote the introduction to several volumes on the economic aspects of colonialism and linguicide. A book about the internationalization of the Italian language is forthcoming. In 2014 he went on a 50 days hunger strike, sitting in his car in front of the Ministry of Education University and Research, asking that that Ministry withdraw its endorsement to the arson of language and scientific culture perpetrated by the Politecnico di Milano.

In New York he coordinates the campaign for the common language of the human species for the Nonviolent Radical Party, Transnational and Transparty.